Warsaw Zoo in Poland is experimenting by giving elephants CBD oil to see whether the substance improves their mood and reduces conflict among the herd.

An interesting story appeared on CNN recently regarding the use of CBD on elephants.  CBD has been touted as an alternative to help relieve stress in humans, so why not animals?  With zoos all over the world struggling to fund modernizing their parks, many animals are battling stress, depression, and illness by being confined to living in small enclosures and areas. Hopefully CBD can help give the elephants and other zoo animals obtain the peace, calmness, and wellness that they deserve. 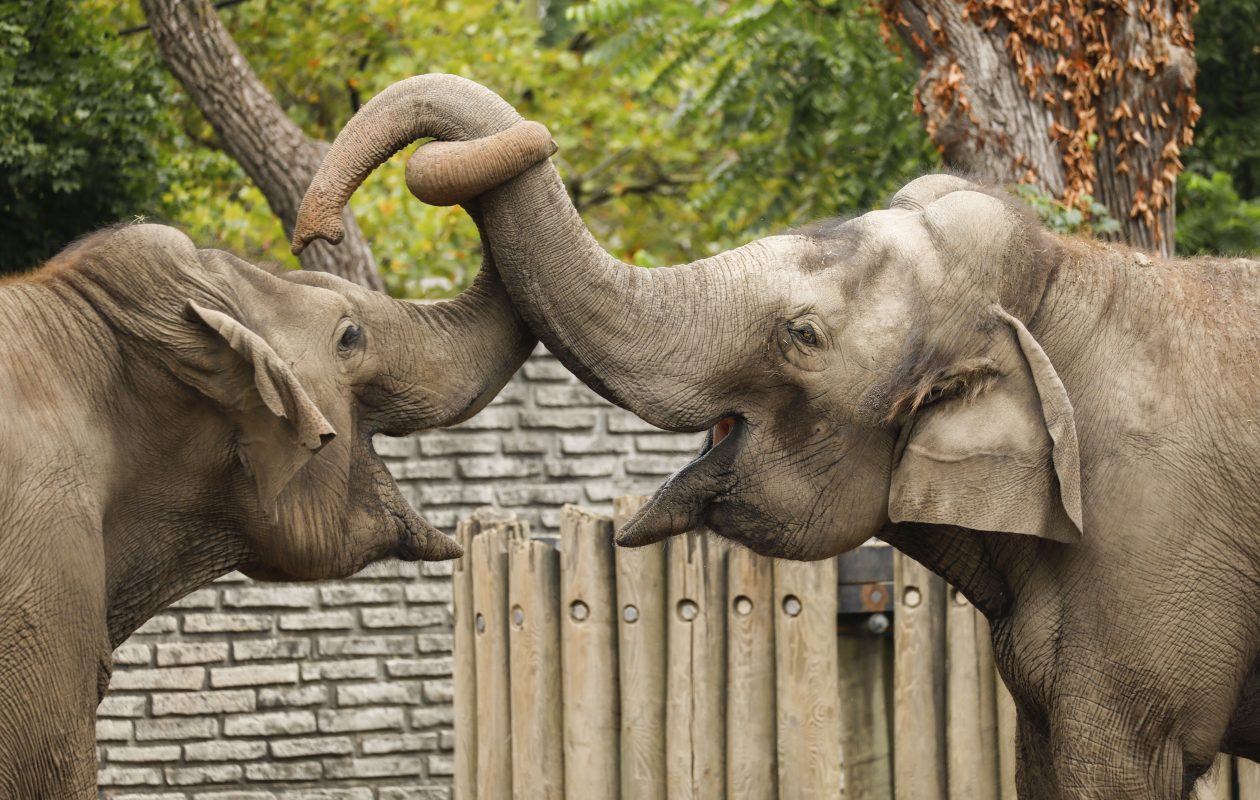 Another thought provoking story: https://www.aliceanimalwelfare.com/the-problem-with-zoos-if-our-modern-zoos-are-doing-so-much-good-why-do-they-make-me-feel-so-bad/   You make up your mind...

(CNN)Two stressed African elephants are to be given medical cannabidiol -- CBD -- to help them relax and stop fighting at a zoo in Poland.

Warsaw Zoo announced on its website Thursday that it would conduct the experiment, which it hopes will improve the mood of the animals, with CBD oil producer Dobrekonopie.

"We have started a project during which we will check the effect of CBD hemp oils on the mood of our animals," the statement read.

"To begin with, the program included Fredzia the elephant, who after the recent death of Erna (the former head of the elephant herd) was a bit stressed and had a bit of trouble finding her position in the herd."

The oil -- which does not have psychoactive properties -- will be administered to two elephants -- Fredzia, who is already being given it, and fellow female herd member Buba.

Warsaw Zoo zookeeper Patryk Pyciński explained in a video posted on Facebook that elephants can struggle with the loss of a herd member "for weeks, sometimes for years."

This has been the case with Fredzia, who has had difficulty readjusting following the death of the head of the herd, Erna, and has begun using a "tough trunk" mentality to try to assert her dominance over Buba.

Meanwhile Buba, Pyciński said, uses "cleverness" and a more thoughtful approach in her tussle for the top.

"Elephants are extremely intelligent animals with very complicated brains," he said in the video.

"They're very social animals that are interdependent on each other and as a group they create a complicated organism."

Warsaw Zoo veterinarian Agnieszka Czujkowska, who is leading the project, said CBD had already been used on dogs and horses and that they hoped it might work on elephants as an alternative to medication. The results could take months, she added.

Conflicts can occur among elephants, she explained in a video, and "many factors can make an elephant feel uncomfortable and stressed" including a change of weather or environment. This in turn can lead to "undesirable" behavior.

"We would like to see how CBD oil -- hemp flower extract -- affects elephants. Like most zoos we do research (and) we monitor the level of stress hormones. Thanks to this we will know if the substances (will) help the elephants," Czujkowska said.